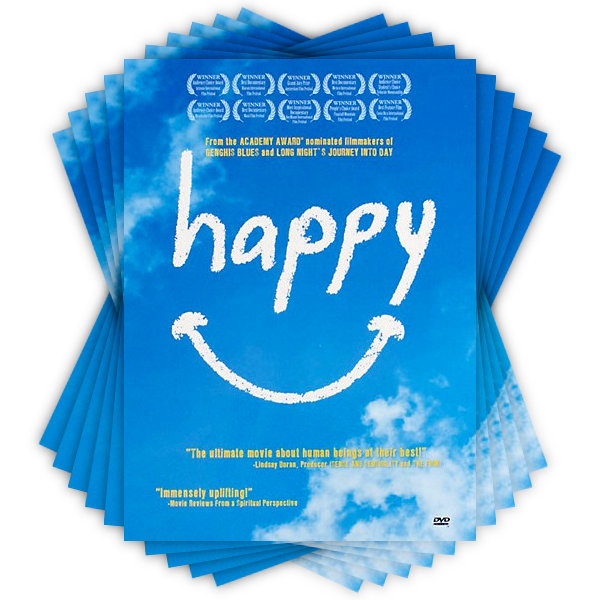 Are you ready to really spread HAPPY? The official HAPPY Gift Giving DVD 10-Pack is the perfect way to share HAPPY with everyone!

HAPPY, the latest award-winning film from Academy Award® nominated director, Roko Belic (Genghis Blues) and Executive Producer, Tom Shadyac (Nutty Professor, Bruce Almighty, I AM), takes us on a journey from the swamps of Louisiana to the slums of Kolkata in search of what really makes people happy. Combining real life stories of people from around the world and powerful interviews with the leading scientists in happiness research, HAPPY explores the secrets behind our most valued emotion.

REGION 0 - Playable in all regions